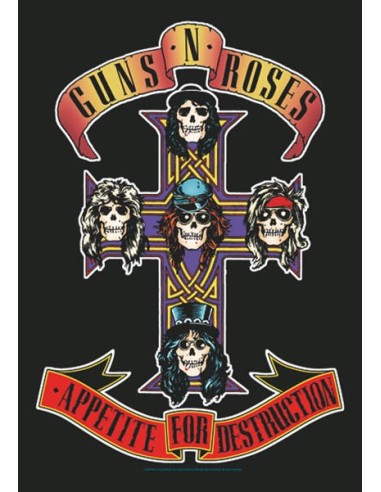 Appetite for Destruction is the debut studio album of the american hard rock band Guns n' Roses released in 1987.

Welcome to the jungle, Nightrain, Paradise city, Sweet child of mine, Rocket queen, here some of the main titles of this album.

Find the cover of the album on this official flag Guns n' Roses - Appetite for Destruction.

On a black background, the famous cross with the 5 skulls and the 2 banners above and below.