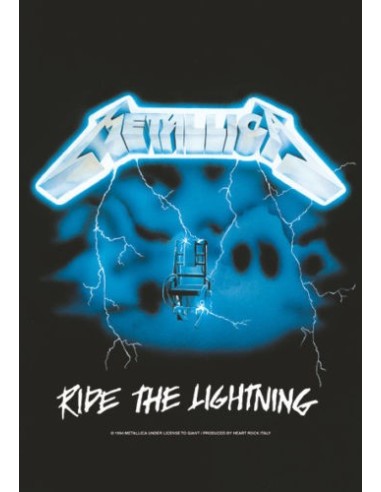 Ride the Lightning is the second studio album by the american  thrash metal band Metallica, released in 1984 and recorded in Denmark.

This album was certified 6x platinium in the United States.

Main tracks are Fade to Black, Creeping death and For whom the bell tolls