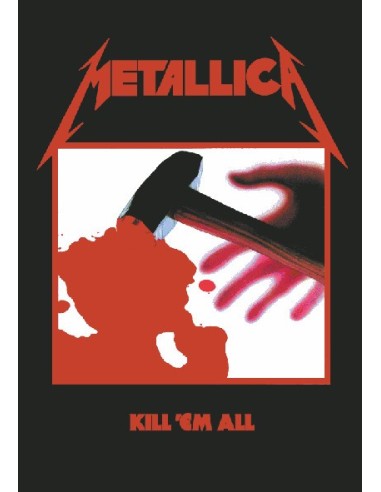 Kill 'em all is the debut studio album by the american heavy metal band Metallica, released in 1983.

This album was certified 3x platinium in the United States.

It generated two singles Whiplash and Jump in the fire, and also features the songs The four horsemen and Seek & Destroy