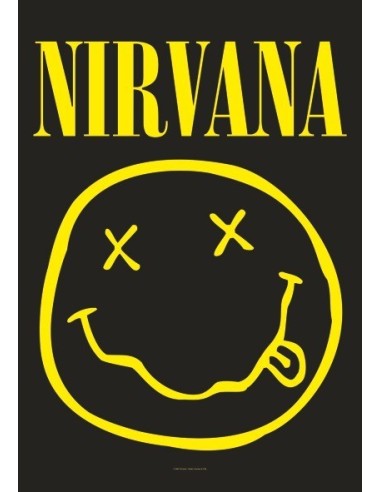 Nirvana were an american grunge band formed in Aberdeen (WA) in 1987 by Kurt Cobain. The band released 3 studio albums, Bleach, Nevermind and In Utero until the death of their founder in 1994.

The artwork icon of the band is a "drunk" smiley drawn by Kurt himself. It made it first appearence on a flyer for the release party for Nevermind album on september 13, 1991.

Find this yellow symbol on this official flag Nirvana - Smiley