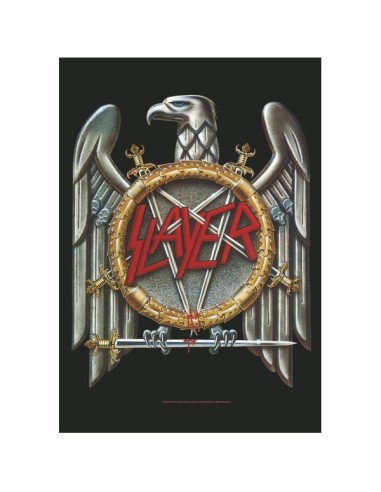 Slayer is an Californian thrash metal band formed in 1981 by guitarists Jeff Hanneman and Kerry King. The band is credited as one of the Big Four thrash metal bands along with Metallica, Megadeth and Anthrax.

They have sold more than 5 million albums in the United States.