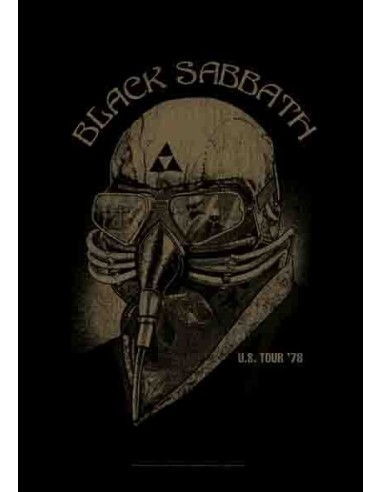 It was the last full tour with Ozzy Osbourne until the band reunited for Ozzfest 1997.

This official Flag Black Sabbath - US Tour '78 shows the specific jet pilot motif of the cover.