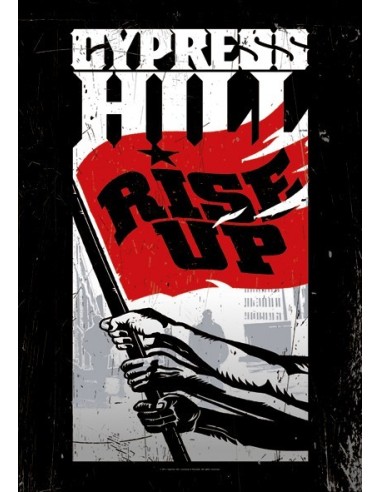 Rise Up is the eighth studio album by californian Hip Hop band Cypress Hill, which was released on April 2010.It is their first album of new material in six years, following 2004's Till Death Do Us Part, and their first to be released on EMI's Priority Records, their first venture away from Columbia, who handled all of their previous releases.

This official Flag Cypress Hill - Rise up shows the specific held red flag of the cover.