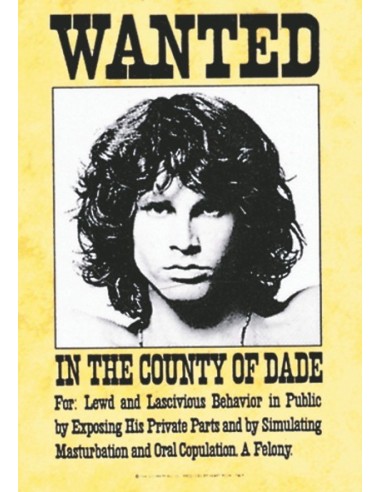 The legendary Doors singer-songwriter Jim Morrison was prosecuted in his native state in 1969, in Dade County, for indecency, exhibitionism, insult to morality and public intoxication following a concert given on March 1 in Miami's Dinner Key Auditorium.