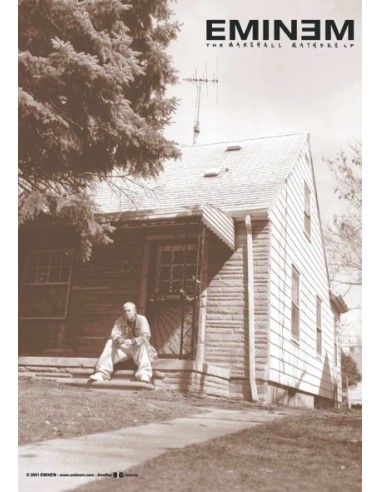 Released in 2000 on Dr Dre's label Aftermath Entertainment, The Marshall Mathers is the third album studio by Eminem.

It won Best Rap Album at the 2001 Grammy Awards. This album contains the singles The Real Slim Shady and Stan.

This official Flag Eminem - The Marshall Mathers shows the cover of the LP.