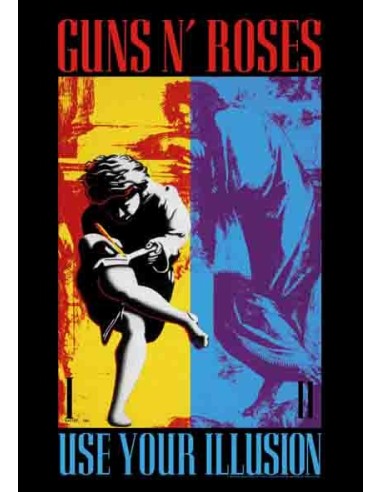 Live and Let Die, Don't Cry, November Rain, Civil War, Knockin' on Heaven's Door are some of the main titles of this album.

Here the cover of the album on this official flag Guns n' Roses - Use your Illusion.

On a black background, the famous visual by Mark Kostabi from the detail of Raphael's work "The School of Athens". The left half on a yellow and red background as in volume I and on the right on the blue background specific to volume II.

Textile flag under licence Guns n'Roses - Use your Illusion in colours, high resolution.