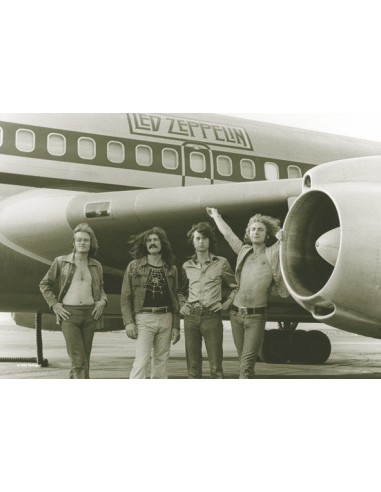 From september 1968 till summer 1980, Led Zeppelin played more than 600 concerts, mainly in Europe and United States.

On this official flag Led Zeppelin - Airplane, we see the 4 members : John-Paul Jones, John Bonham, Jimmy Page and Robert Plant in front of their Starship Boeing 720 in the effigy of the band, used for their North American tours of 1973 and 1975.