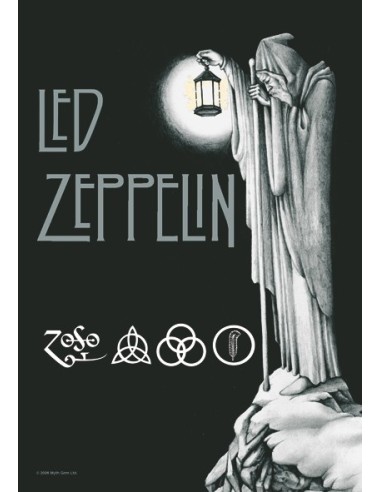 Stairway to Heaven is a song by Led Zeppelin released in 1971 on the album Led Zeppelin IV. Composed by Jimmy Page, it's a true rock n 'roll anthem while its duration exceeds 8 minutes. However, it has never been released as a single.

On this official Flag Led Zeppelin - Stairway to Heaven, we find the illustration of Barrington Colby entitled The Hermit, present in the inside sleeve of the disc. This is a card from the Rider-Waite Tarot deck well known by fortune-tellers.