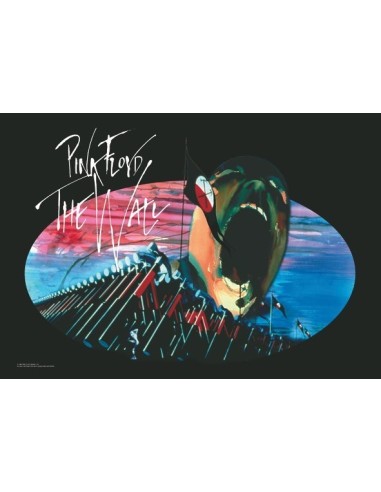 The Film The Wall is a musical film directed by Alan Parker released in 1982 based on Pink Floyd's 1979 double album.

The film alternates the filmed sequences and animations of the cartoonist Gerald Scarfe.

This official Flag Pink Floyd - The Wall is inspired by the movie poster and the famous March of the Hammers scene.