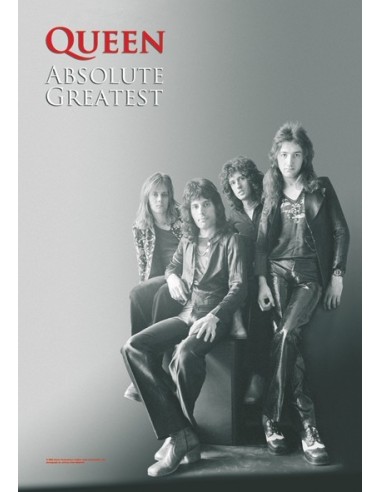 Absolute Greatest is a compilation by the English group Queen, released in November 2009. It covers the entire career of the group and contains 20 tracks.

13 of the 15 albums of the group are represented there: no title of the first album nor of the soundtrack of the film Flash Gordon.

On this official flag Queen - Absolute Greatest we find the album cover, it is about the 4 members of the group photographed in 1975.