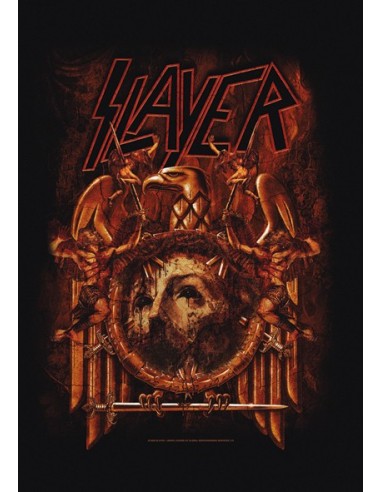 Repentless is Slayer's twelfth and final album. It was released in 2015, 2 years after the death of its founding guitarist Jeff Hanneman.

On this official Flag Slayer - Repentless, find the eagle, symbol of the group and the figure of Christ as on the cover of the album made by Marcelo Vasco