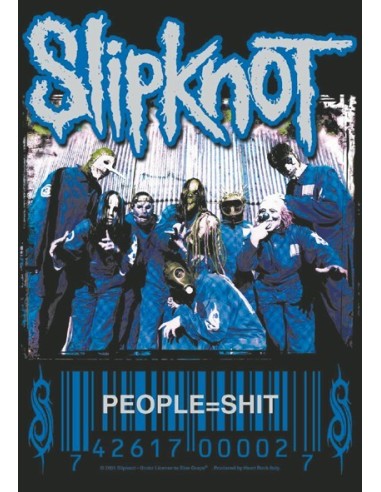 People = Shit is a reference track from the nu metal band Slipknot. This is the second single from the Iowa album released in 2001.

On this official Flag Slipknot - People : Shit, we find the 9 members of the group in their blue overalls under the gray logo and above the characteristic bar code of the group 742617000027 corresponding to the barcode of their very first album released in 1996 Mate. Feed. Kill. Repeat and also intro title of their album Slipknot released in 1999.