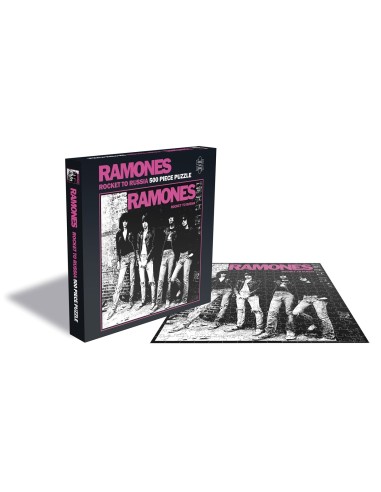 “Rocket To Russia” is the third studio album by the American punk rock band Ramones. Released in November 1977, it was the last album to be recorded with the original four members, with drummer Tommy Ramone leaving the band in 1978. Rolling Stone ranked the album #106 in the magazine’s “500 Greatest Albums Of All Time”

Faithfull reproduction of the album cover Ramones - Rocket to Russia