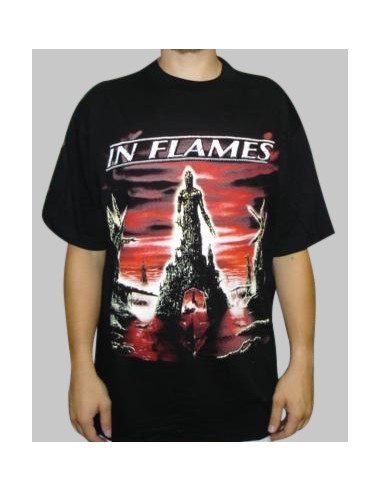 Colony was released in 1999. It was their first album with Björn Gelotte as a guitarist while he was the drummer on the previous albums.

With this t-shirt In Flames - Colony 100% cotton, with round neck and short sleeves, you 'll show how much you appreciate this album.

The artwork cover is printed in high resolution colours on the front.

On the back, the logo of the band at the time of the album : IN FLAMES in italic with a stroke above and below.

Notify me when available
Rating
5

Tip : to preserve your T-shirt In Flames - Colony, MusikMachine advise at each wash to :

- Check symbols on the care label,

- Wash on a cold cycle